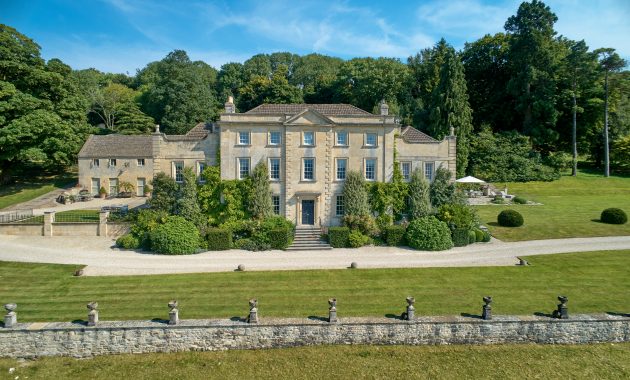 An ‘immaculately restored’ and beautifully presented Georgian property has been offered for sale on the edge of the Cotswolds AONB. Penny Churchill takes a look.

For all its negative connotations, 2021 has been a very good year for the great English country houses, the latest being the classic Georgian The Hewletts, Grade II listed, near Cheltenham, Gloucestershire, which entered the market via Savills with a guide price of £ 7.5million.

Impeccably restored by its current owners, who purchased the home in dilapidated condition in 2006, the graceful 9,000 square foot Palladian-style home sits on 45 acres of gardens, parks, woodlands and pastures, at 700 feet above sea level on Aggs Hill, near the top of the Cotswolds Escarpment.

The house offers spectacular views across Prestbury Park Racecourse and over Cheltenham to the Malvern Hills and the Black Mountains of Wales.

Formerly part of the Southam Estate owned by the De La Bere family of Herefordshire, The Hewletts was likely built around a 17th century farmhouse by William Baghot, who inherited the estate from his uncle, Kynard de la Bere, in 1734.

Baghot left the house to his nephew, Thomas, who sold it in 1797 to Major James Agg of the Bengal Army, one of the many former officers and administrators of the Indian Army who settled in and around from the spa town of Cheltenham in the 1800s. 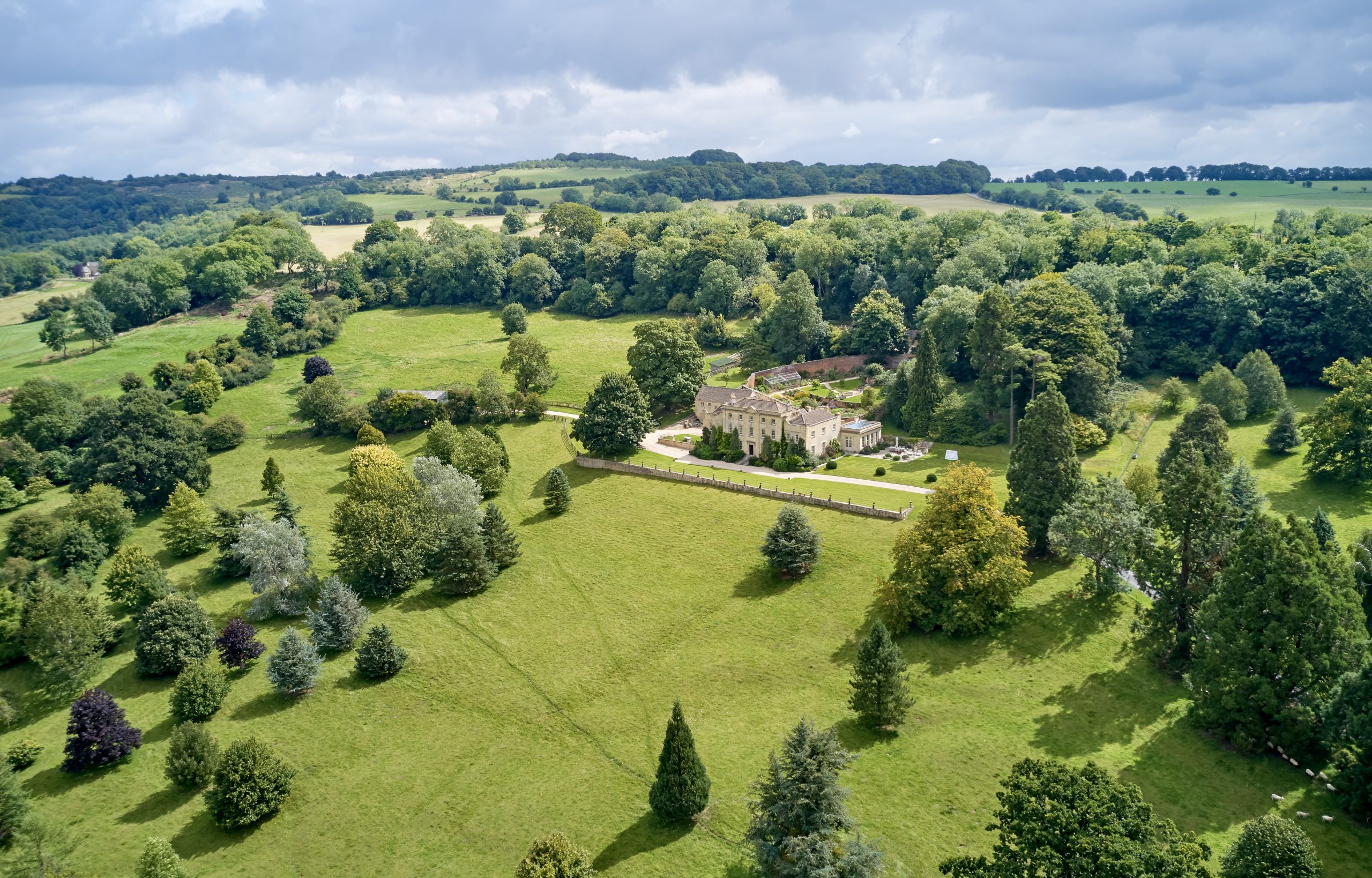 Agg’s eldest son, William, was educated as a gentleman at Pembroke College, Oxford, and inherited the Hewletts in 1827. His only son, also William, was a career soldier who retired with the rank Colonel in 1869. Soon after he took over the management of The Hewletts Estate and was heavily involved in the public and commercial affairs of the Cheltenham area.

He died suddenly at home in April 1901, after which the Hewletts and his 892 acres were sold to provide for the Colonel’s seven surviving children. The estate was then subdivided and sold several times; by the middle of the 20th century, The Hewletts was run like a country hotel. 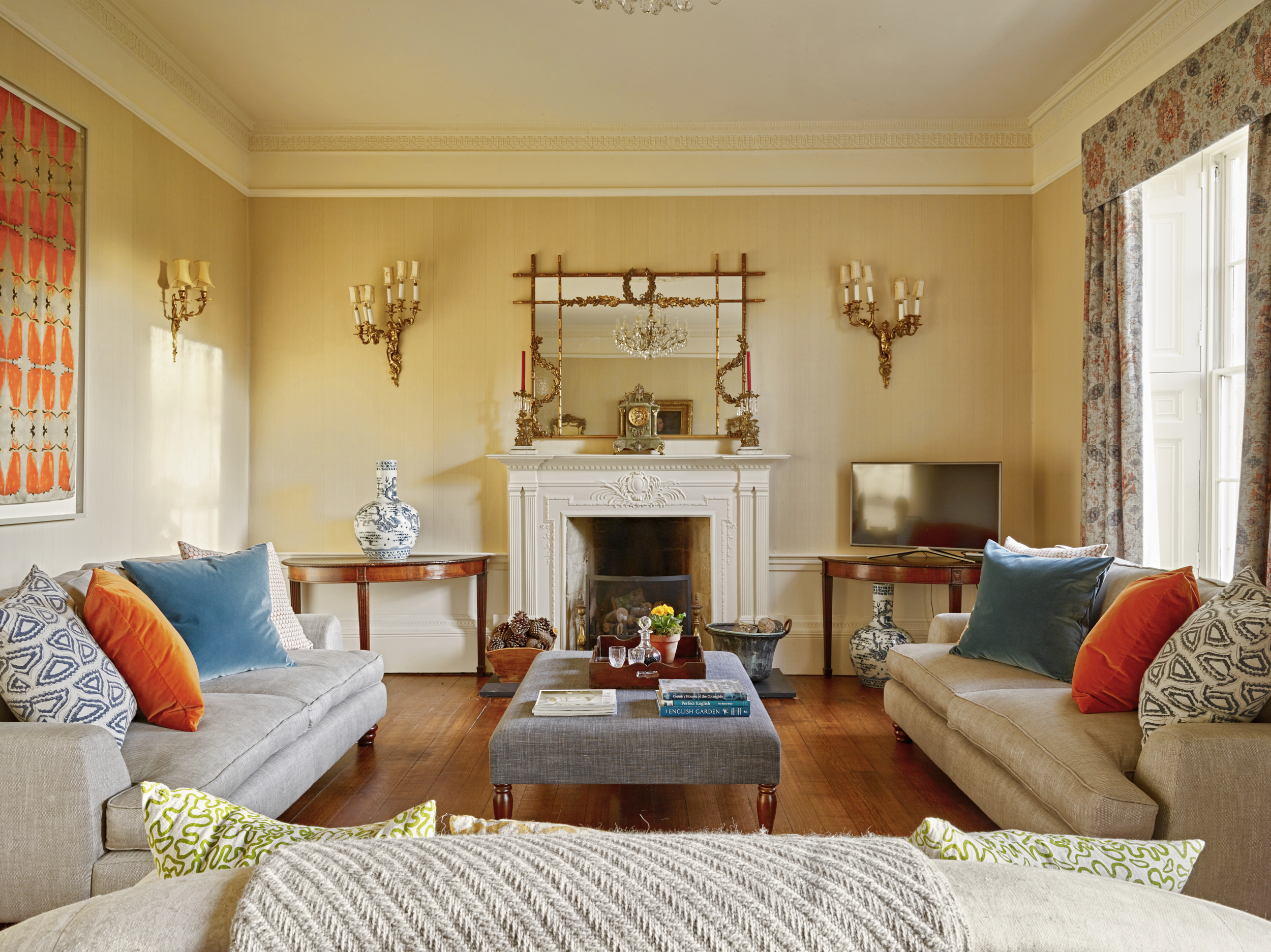 The current owners have carefully restored and renovated the building, retaining much of its essential Georgian features and character; Built in Cotswold stone, it features an impressive cut stone entrance facade arranged in a central section of five bays and three stories with two story wings on either side. 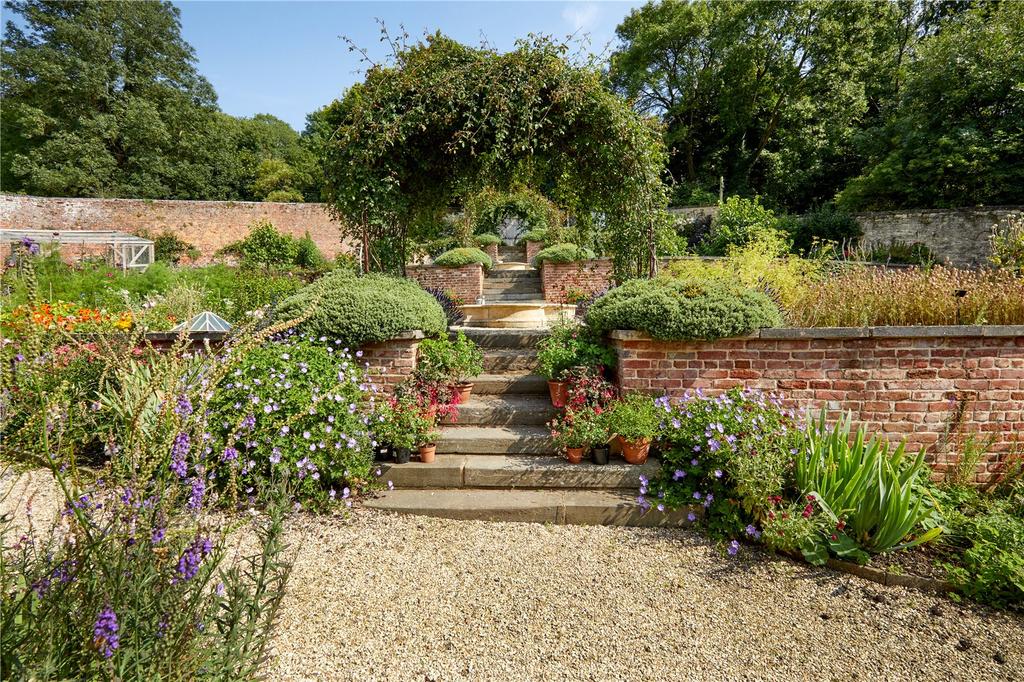 Stone steps lead to the front door and the reception hall with its beautiful 18th century staircase, on either side are the living room and the dining room, two elegant and bright rooms with beautiful heights below. ceiling, sash windows, hardwood floors and imposing fireplaces. The office / library and family room are smaller and more intimate. 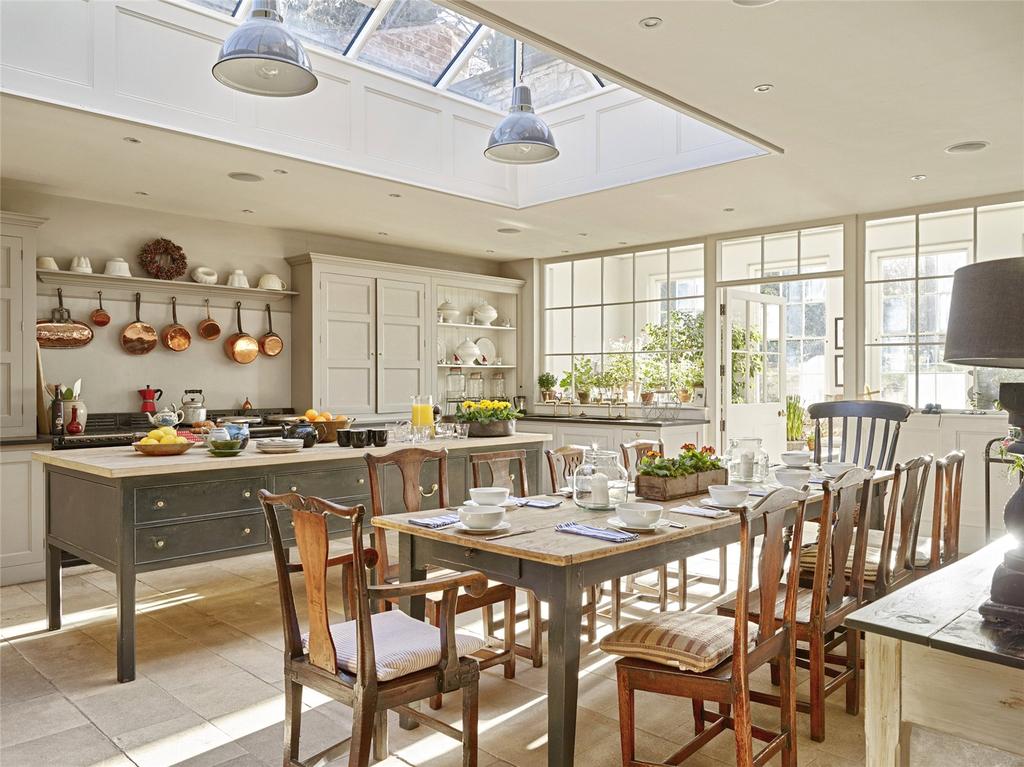 The kitchen / breakfast / garden room is a splendid new addition, with steps opening onto the lawns on the south side of the house. The rear hall leads to the north wing and to an expansive games room and bar where family and friends can entertain in style. 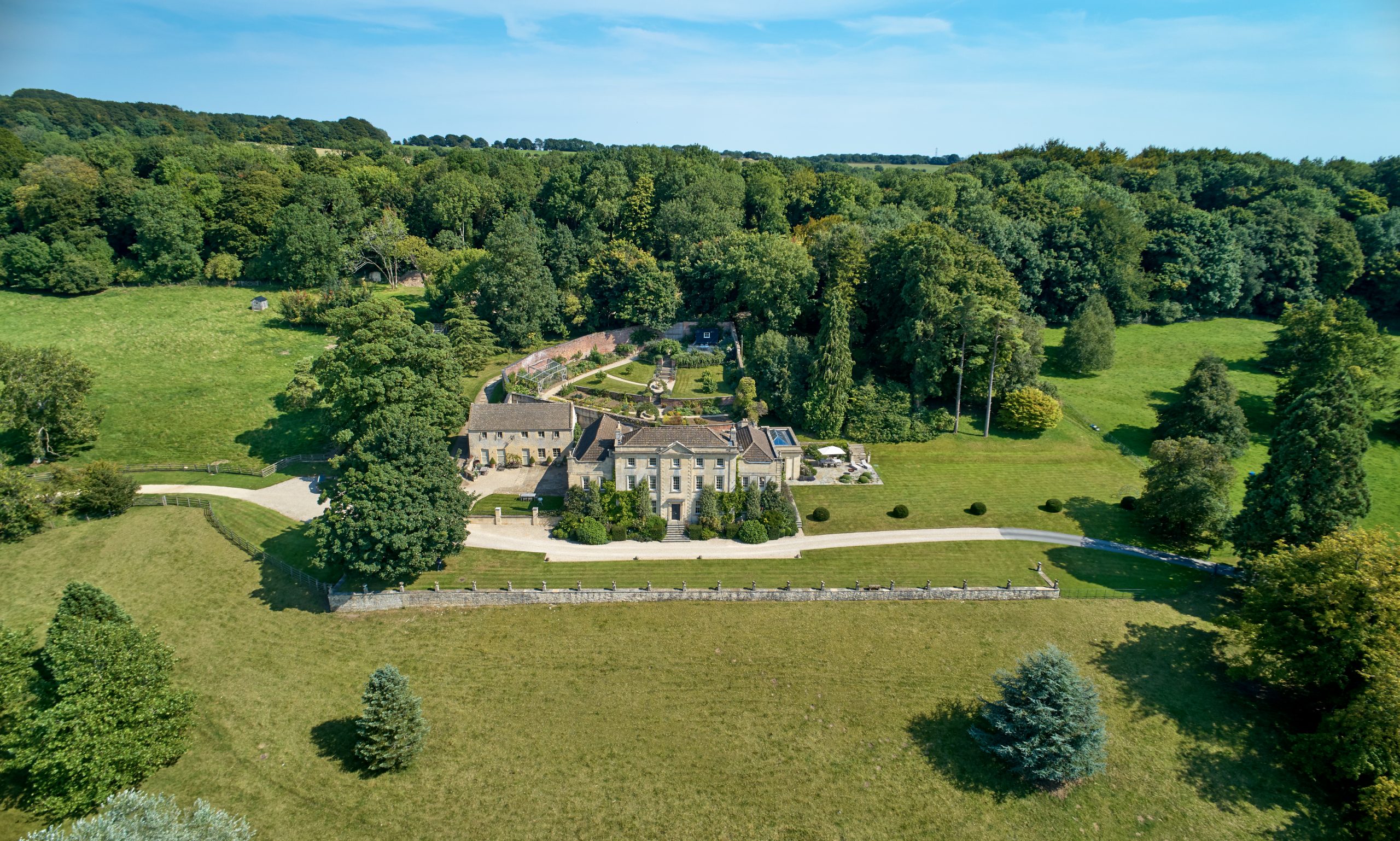 The Hewletts is currently on the market via Savills at a guide price of £ 7.5million – see more pictures, Where Check with the agent for more details.

Cheltenham: what you need to know

Site: In Gloucestershire, bordering the Cotswolds AONB. Oxford is 41 miles to the east and Bristol about 42 miles to the southwest. There is a train station in town – Cheltenham Spa, offering Great Western rail services.

Atmosphere: Known as the UK’s most comprehensive Regency town, Cheltenham is known for its history and architecture. The bustling city attracts visitors all year round with its horse racing events and rich heritage.

Things to do: Visit Pittville Park, Cheltenham’s largest ornamental park, home to a boating lake and the Pittville pump room. No trip would be complete without a visit to Cheltenham Racecourse. There’s also the Cheltenham Festival – a four-day racing event that takes place every year and draws visitors from all over. The city is home to many independent cafes, restaurants and shops that are divided into several shopping districts. It also has a vibrant nightlife.

View more properties for sale in the area.

Check out the best country homes for sale this week that hit the market through Country Life.