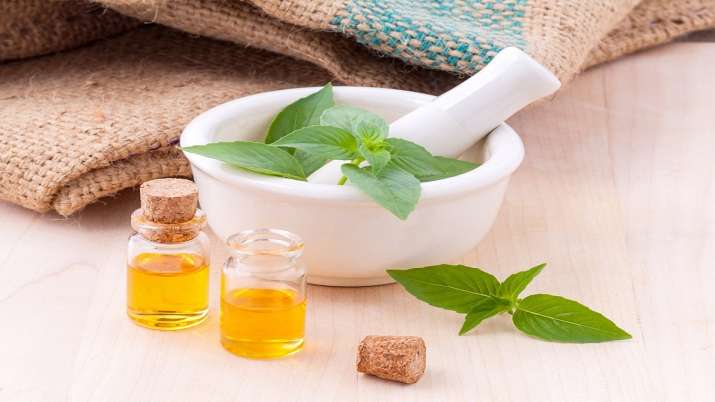 The Covid pandemic has wreaked havoc in several industries around the world. While some have gone out of business, others have been forced to downgrade their businesses. In these difficult times, a Brazilian brand of natural cosmetics plans to become important in India. Founded in 1995, Surya Brasil started operations in the United States in 1997 and since then the company has expanded its base to many countries. Company founder Clelia Cecilia Angelon describes India as an indispensable part of Surya Brasil’s growth journey. Angelon also revealed details of his connection to India. Here’s all she had to say:

What are the factors behind Surya Brasil’s project to enter the Indian market?

India has always been an indispensable part of Surya Brasil’s growth journey over the past 25 years. In fact, it is my admiration and empathy for Indian culture that has contributed to the brand’s ethics since its inception. If you look at the name of the brand, it is based on the god Surya who brings warmth and light to the world. Taking inspiration from the same, Surya Brasil is also committed to bringing conscious products and warmth to the world.

Another factor that can be added to the list is that our product line is perfectly aligned with the modern holistic personal care needs of Indians as all products are carefully crafted by combining Ayurveda, technology and the rich. natural resources of Brazil. Quantum physics and the Vedic hypothesis of interdependence find practical expression in Ayurveda, which has incorporated it into its theory and practice

Thinking of entering new territory when the world struggles to cope with a pandemic, how do you plan to deal with it?

India was never new territory for me, because there were two things that were always at the center of my concerns from childhood. While one was going into business, the other was visiting India. I still remember my first visit to India in 1974, when I was completely in awe of the country’s rich culture and heritage. Since then I have been to the country at least 43 times and every visit has been a learning experience.

Regarding the pandemic, the Covid-19 has affected countries around the world but that does not imply that the show is not taking place. Even though Surya Brasil is already present in 40 countries, we have launched our products in no less than six countries following the outbreak of the pandemic. Moreover, since our products are nature-oriented and do not contain any harmful chemicals or toxins, they are most suitable for use in the dominant scenario if we want to say goodbye to disturbing side effects.

Regarding our India-centric plans, we want to deliver the message of genuine wellness to consumers who are unaware of the toxic chemicals in their personal care products. We want to convert them into loyal customers and let them know our brand through word of mouth. The performance of our products is just as good if not better than generic products, and we want to focus our message on consumer education. Once they figure this out, there is very little reason they wouldn’t want to try our product.

How big is the Ayurvedic personal care market in India and what share do you intend to capture?

The Ayurveda market in India was valued at 300 billion INR in 2018 and is expected to reach 710.87 billion INR by 2024, with a compound annual growth of 16.06% during the forecast period (2019-2024). Even before the pre-pandemic period, several Indian households had turned to Ayurvedic products over those containing chemicals. While in 2015 almost 67% of Indian households used Ayurvedic products, there was an increase of almost 8-10% in 2018. Now that we are in the midst of a long drawn out battle against a pandemic , brands have recently been using more herbal ingredients in personal care products like lotions, oils and shampoos, suggesting that the market has only recently swelled.

In terms of market share, we would say it’s a little too early to comment on that. I would like to reiterate that our product line is one of a kind, combining the power of Ayurveda, technology and the natural resources of Brazil. Surya Brasil has always been an ethical company, delivering the most natural, multi-ethnic, multi-gender and multi-functional personal care products around the world for decades. Even with our foray into the Indian market, we would continue to strive for innovation, sustainability and social responsibility.

Tell us about the brand’s global journey

I started Surya Brasil in 1995 together with a dear Indian friend Kanwal J Singh, whom I have known for over 40 years. While I initially viewed this as an impossible proposition for success in business without adhering to traditional methods, my inner spirit continued to guide me towards establishing Surya Brasil has a conscious brand that cares about all living things. . Launched more as a mission and less as a for-profit entity, Surya Brasil was selling to two big drugstore chains in Brazil in the very first month, and just two years later we entered the US market. This was the start of our global journey as within a few years we were available in markets like Japan, Europe and South America among others. In the United States, we are among the biggest players in the natural market such as Whole Foods Market, Sprouts, Natural Sources, The Vitamin Shoppe. At present, Surya Brasil is present in over 40 countries with India being our most anticipated and newest company.

What is your brand’s USP?

Surya Brasil’s unique proposition as a brand stems from the fact that it is a conscious and ethical company, which offers the most natural products, the most efficient and respectful of consumers, of all living beings and of the environment. Our rich experience in the field speaks for itself, and what sets us apart from the jumble is that each of our products is an amalgamation of Ayurveda, technology as well as Brazil’s natural resources. This is precisely why we have established a loyal consumer base in all of the markets we have responded to.

A word about your particular affinity for India?

As mentioned earlier, India has always had a significant impact on my life since I was a child. During my recurring visits to the country, I further realized a kind of connection with the culture and the people of the country and eventually made a lot of Indian friends. They introduced me to great Indian epics and personalities such as Mahabharat, Ramayana, Guru Nanak, Aurobindo Ghosh and Osho among others which not only improved my knowledge but also helped me realize power and wealth. of the country’s heritage. Due to my admiration for the land, at present I am also learning Kathak from the legendary Indian classical dancer and recipient of Padma Bhushan, Dr Uma Sharma, who was honored by the President of the country. She also helps me learn Hindi.