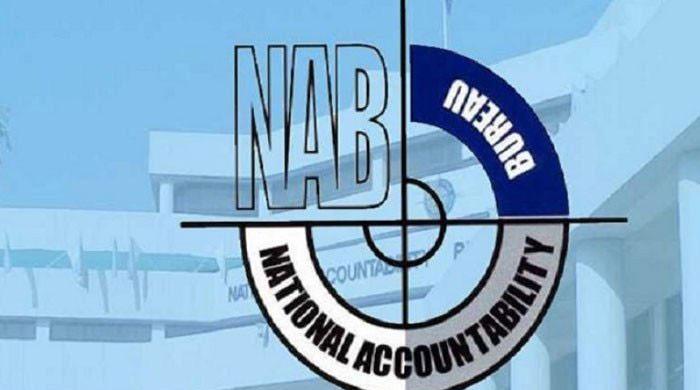 LONDON: After being paid £ 920,000 (Rs 212 million) on August 17, 2021 through a London High Court order and receiving around $ 30 million (Rs 5 billion) from Pakistan, Broadsheet LLC has launched a new claim with the National Accountability Bureau (NAB) and the Pakistani government to pay approximately 1.2 million pounds sterling (277 million rupees) in legal fees and disbursements to attempt to bring legal proceedings against the defendants , the Republic of Pakistan and the NAB.

This correspondent saw the latest letter sent by Broadsheet lawyers at Crowell & Moring to Broadsheet – through Pakistani lawyers for Allen and Overy here – in which Pakistan learned that these sums are intended for “a full credit for legal fees and disbursements which have already been subjected to a summary assessment by the court and paid “and were” incurred in seeking to take coercive action “the Pakistani authorities.

Broadsheet lawyers argue that the £ 1.2million amount is owed by Pakistan as a “consequence” of NAB failing first to comply with arbitral awards and then with orders from the High Court, because substantial work has been undertaken to enforce these orders – the costs for which Broadsheet is now waiting for Pakistan to pay. Lawyers said the fee is being demanded due to the “inaction and conduct” of lawyers for the NAB and NAB.

The letter, which was received in Islamabad at the NAB headquarters, indicates that these amounts were incurred as Broadsheet was required to explore a number of “alternative measures for enforcement.”

The letter to NAB’s lawyer states: “Your clients were slow to respond, causing unnecessary delays and despite many assurances they would pay, they did not proceed with payment. This led our client to seek to enforce payment through third party debt orders, which your client also failed to engage with. Given the lack of response from your client, our client had no choice but to consider other means of execution and such action was completely justified when your client finally engaged with the third-party debt order (for the very first time at the hearing itself in December 2020) to oppose the request by claiming state immunity.

The letter says final quantum and cost allocations date back to 2019, but enforcement proceedings continued for just under two years, but NAB did not contact Broadsheet’s attorneys and did not show no interest in seeking an amicable resolution.

“It appears to our client that your client’s conduct is well below that expected by a sovereign state and that this conduct has significantly increased the costs our client has to bear,” the letter reads.

Requesting £ 1.2million, Broadsheet wrote to lawyers for NAB: “You and your client’s conduct in failing to address the concerns raised by our client and to take or release instructions promptly has no doubt leads to a new correspondence between the parties. This increased the costs for our client.

Broadsheet CEO Kaveh Moussavi, when contacted, confirmed that Broadsheet’s lawyers have invited the Pakistani government to discuss how this case can be resolved.

“If this is not resolved amicably, we will launch a case at the end of this month and there will be more costs on top of what Broadsheet is looking for,” he said.

Broadsheet LLC was hired by Pakistan over two decades ago to trace the assets of former Prime Minister Nawaz Sharif and members of his family, as well as several other politicians and businessmen, including Asif Ali Zardari and Benazir Bhutto.

Pakistan broke the contract in violation of the agreement it had signed and the case has so far cost Pakistan nearly $ 65 million in legal fees and damages after Kaveh Moussavi, beneficiary owner of Broadsheet , brought the matter before the sole arbitrator Sir Anthony Evans QC under the rules of the Chartered Institute of Arbitrators.

The arbitration judge found that Pakistan had conspired to criminally defraud Broadsheet Isle of Man. Lawyers for Broadsheet LLC convinced the High Court in London to seize Pakistan’s assets from UBL in December 2020. Since then, Broadsheet has filed new claims for the remaining money, interest and costs.

The Broadsheet controversy raged for several months after Pakistan lost the case, followed by several scandalous stories involving Germany-based Kaveh Moussavi, Anjum Dar, Shahzad Akbar, Daily Mail reporter David Rose, Dr Pucks and Zafar Ali QC took the tour. Kaveh Moussavi had alleged that Anjum Dar wanted a reduction if he could get payment from Pakistan. Evidence showed that Anjum Dar held two meetings with Kaveh Moussavi in ​​Germany and the UK and asked him for a commission.

So far, the Broadsheet case has cost Pakistan more than $ 65 million in total: of that amount, Broadsheet has received around £ 30 million while around $ 25 million has been paid to London lawyers of NAB and the Pakistani legal team at NAB. $ 5 million.

So far, the Broadsheet case has cost Pakistan more than $ 65 million in total: of that amount, Broadsheet has received around £ 30 million while around $ 25 million has been paid to London lawyers of NAB and the Pakistani legal team at NAB. $ 5 million.