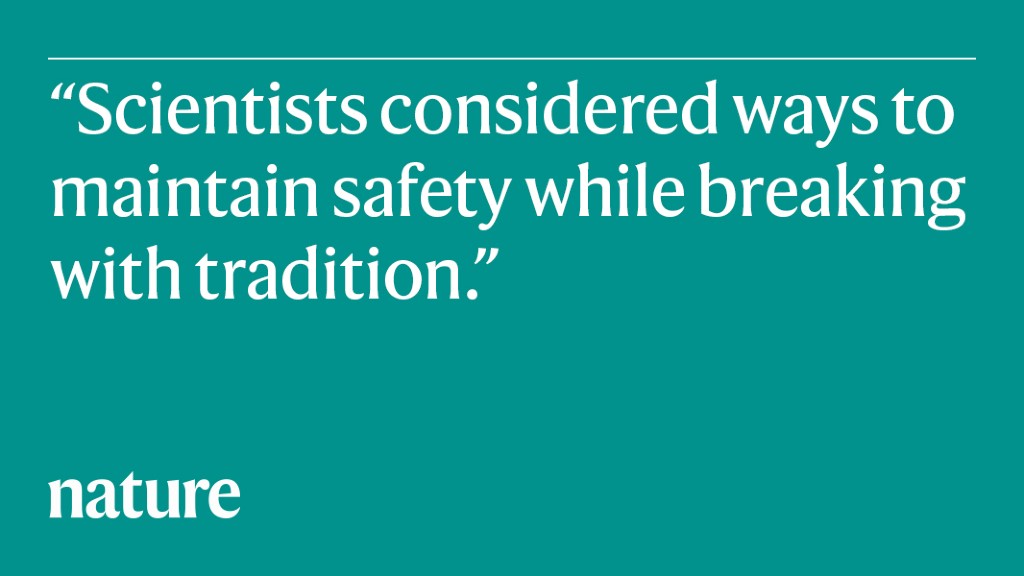 Within ten months of the identification of SARS-CoV-2 by scientists, the European Commission and the United States Food and Drug Administration (FDA) had authorized vaccines for emergency use, thus launching programs of vaccinations that save many lives. Regulatory approval of vaccines typically takes ten years. Much of the speed was achieved by prioritizing COVID-19 programs; another innovation allowed human studies to begin before all standard animal testing was completed.

Before the start of clinical trials of the two messenger RNA vaccines in 2020, the pharmaceutical companies presented regulators with historical data from work in animal models, which studied similar technology in vaccines against diseases such as rabies. Other data came from cell tests and computer evaluations of experimental vaccines. Non-animal techniques, including the use of monoclonal antibodies, cultured cells and physico-chemical analysis, were also used to ensure the quality of each vaccine batch.

I am a veterinarian specializing in systematic reviews and the integration of multiple data sources. For 15 months, a team and I interviewed regulators, industry scientists and other experts, and reviewed more than 150 regulatory filings regarding human testing and emergency approval of COVID-19 vaccines, to see how regulatory scientists were considering ways to maintain human safety while breaking with tradition (see go.nature.com/3vxw1za).

This mindset should now be applied more widely. Introducing alternatives to animal testing could, in my view, produce better medical products and reduce cost and time to market.

Non-animal technologies and methods for assessing chemical risks, medical risks, and therapies are called New Approach Methodologies (NAMs). They are already being applied to develop consumer products for out-of-body use. In 2013, the European Union banned animal testing to assess whether cosmetics were safe. Cellular and computational methods have filled the gaps. In 2018, a study found that combining non-animal methods to predict skin sensitization works as well or better than the standard mouse test (NC Kleinstreuer et al. Crit. Rev. Toxicol. 48, 359–374; 2018).

Many of today’s safety testing requirements were born out of tragedies and atrocities: the FDA, for example, gained many of its powers in the 1930s after people were poisoned by an antibiotic dissolved in the antifreeze. Other rules were put in place to prevent the repetition of brutal Nazi medical experiments and fetal development problems caused by the drug thalidomide. But the technology used when introducing the requirements isn’t always state-of-the-art, and the policy hasn’t caught up.

Over the past decade, alternative testing methods have become much more sophisticated, including the use of 3D cell cultures, organoids, bioprinted tissues, computer models and “organs on a chip” , which can mimic interactions such as those between the digestive and immune systems. systems.

Last year, the European Pharmacopoeia, which sets quality standards for pharmaceutical companies on the continent, announced that it would, over five years, replace conventional animal testing to detect febrile compounds. In the new standard test, drugs are added to vials of human blood and monitored to see if they activate monocytes, a type of immune cell. The irony is that this alternative has been much more extensively validated than the original rabbit test, which was developed in the early 20th century and became part of regulatory requirements by default. It took more than a decade of dialogue between academic and industry scientists, risk assessors and regulators to move forward with a more efficient, accurate and ethical test.

Both the US Congress and the European Parliament are working on legislation to reduce animal studies in testing. Regulators have set up working groups to support alternative methods, but there are no clear and effective ways forward. A crucial step will be the creation of a formal and streamlined path to define NAM validation criteria.

This should not simply require strict fidelity to animal testing that MNAs would replace; where possible, they should be directly compared to human data. Some critics claim that the best way to predict safety and effectiveness for humans will always be to test on another mammal. But my work and that of others suggests that animal studies sometimes fail to predict toxicity in humans (in a probiotic treatment for acute pancreatitis, for example; see CR Hooijmans et al. PLOS ONE 7, e48811; 2012), or predict unobserved toxicity (some antibiotics are toxic to guinea pigs, but not to humans). Existing animal tests must therefore also be rigorously evaluated.

Appropriate criteria would reassure both the public and regulators and produce preclinical evaluations based more on evidence than tradition.

The author declares no competing interests.