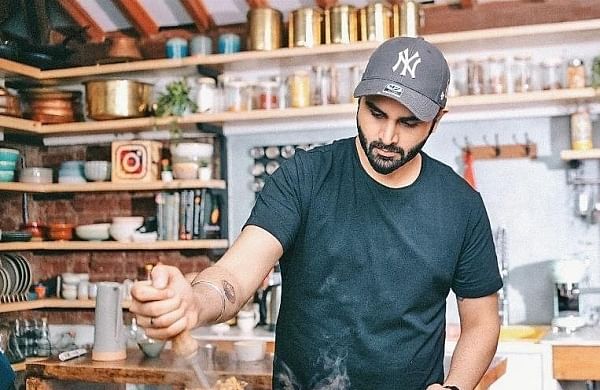 A lot can happen over a cup of coffee. In some cases, even on a serving of Pav Bhaji Bruschetta. Mumbai-based chef Sanjyot Keer never imagined that a short video on this fusion recipe would launch his career in food and drink. Today, as the food producer of Master Chef Season 4, he has stolen hearts with experiences such as Tandoori Momos, Peri Peri Dosa and Khakra Sandwich. He also has the guns to create cutting edge content for three upcoming series of Your Food Lab (YFL), his company, which features Indian comfort food, but with a difference.

Each series targets a different audience. While the first focuses on kitchen gadgets and technology, the second is about recipes for singles, and the third is recipes for kids, which will show how popular junk food can be turned into good health, and will be the second season. of Your Food Lab Junior. His first season was hosted by Keer’s nephew Iyan when he was just four years old. “Iyan is now nine years old and we plan to have a great time with him at YFL studio. He played in the living room, while I turned in the kitchen. He was playing with clay and making burgers like I did, which led me to the idea of ​​cooking together, ”says Kheer, whose shows may soon find their way onto a premier OTT platform. plan.

He is a lover of fusion food and most of his recipes revolve around it, which also led to the creation of YFL in early 2016. Recipe. I love this kind of food more than anything else, especially the fusion of anything with Pav Bhaji, ”explains the chef.

Keer had just graduated from college in 2014 when he learned that the team at MasterChef India were looking for a food producer for the extra classroom show in Season 4. “During the interview I had all the answers and they gave me the job, ”he says. Keer had the opportunity to rub shoulders with chefs such as Vikas Khanna and Sanjeev Kapoor for the cult series which aired on Star Plus in 2015.

It wasn’t quite hunky-dory though. Keer had to leave the hospitality industry due to personal issues, a phase during which he had to take care of his father’s factory to support him. But he missed cooking very much, and after seeing a few videos online, came up with the idea of ​​creating content with his fusion recipes.

It all started when he decided to take weekends to do it, and the promising response to a video he made about Pav Bhaji Bruschetta made him realize the power of short video content on social media. But with no shortage of content creators, brands have taken their time to approach it. It wasn’t until he had reached five million Facebook subscribers that he was approached by a major oil brand for a collaboration for which he created four videos. The deal was mutually beneficial and after that they made 70 videos in eight months. “I started out with about 100 recipe videos, gave them about three months before I uploaded them. I used to shoot late at night and start very early in the morning, ”he says.

Virality is a hot topic of discussion, especially among newbies, but for Keer it doesn’t matter much. He believes a video will only go viral if it reaches audiences. “There is no set formula for a video to go viral. Plus, a viral video will not make you a successful creator. Only consistency can do that in addition to authenticity and consistency. good production quality, ”he says.

With all of her projects to come, her day begins with the team putting together a list of recipes they want to put together and film. It typically takes around eight hours, with storytelling, beauty photos, and vignettes all designed in the same process. What helps create the right atmosphere behind the scenes is that Keer’s parents and extended family are all foodies. With this, eating never stops, nor does the pleasure of cooking.

Method
✥ Boil the water and sweet corn kernels for three minutes. Take it out of the boiling water and set it aside.
✥ In the same water, blanch the spinach by immersing the spinach leaves for 20 seconds. Take it out of the water and transfer it to cold water. Filter the water and keep the spinach aside.
✥ Take a mixing bowl, add the boiled corn, blanched spinach, paneer, green peppers, chopped cilantro, mint leaves, hanging curd, salt and pepper, red pepper flakes and mix well .
Place mixing bowl on hot charcoal. Pour ghee over it and smoke for three minutes.
Take a slice of wholemeal bread. Take a spoonful of the filling from the mixture and put it evenly over it. Close it with another slice of bread.
Put a tawa over medium heat, spread butter on the sandwich slice and grill both sides.