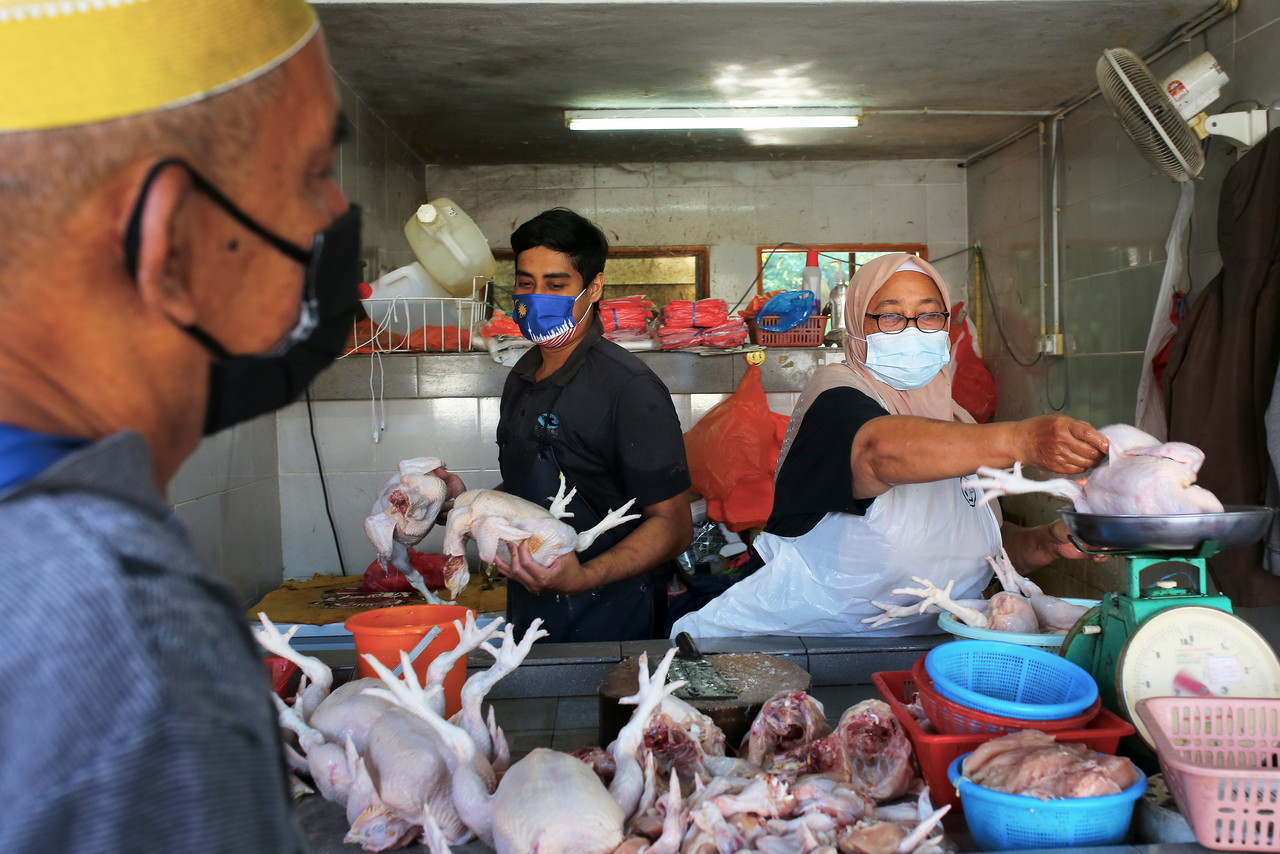 Melaka KPDNHEP Director Norena Jaafar said that following measures taken under Article 21 of the Price Control Law and the Anti-Profit Law of 2011, the majority of traders have reduced the price at RM 9.50 per kg or less. – Bernama archive photo

MELAKA (September 17): The Ministry of Internal Trade and Consumer Affairs (KPDNHEP) sent notices to 13 chicken traders in the state for raising the sale price from September 11 to yesterday.

Melaka KPDNHEP Director Norena Jaafar said that following measures taken under Article 21 of the Price Control Law and the Anti-Profit Law of 2011, the majority of traders have reduced the price at RM 9.50 per kilogram or less.

“The price reduction is guided by the price offered by breeders to wholesalers and possibly retailers as part of Op Rantai 7.0 since September 8.

“Chicken feed price checks have been carried out with producers, manufacturers, producers and also importers in Melaka to identify the source of the rise in chicken prices,” she said in a statement. here today,

The media recently reported that the rise in chicken prices in the country’s markets, including in Melaka, was due to the increase in production costs incurred by farmers.

In another development, she said Melaka KPDNHEP conducted 24,279 inspections at business premises involving retailers, wholesalers and manufacturers or farmers from January 1 until yesterday.

She said that for the same period, some 224 cases were recorded, involving a value of RM85,353.95 of property confiscated for various offenses.

“We also received 540 official complaints which mainly concerned prices. We also issued compounds for a total amount of RM 211,750.

“KPDNHEP Melaka would like to remind all traders to obey the rules and laws to ensure the sustainability of commerce in the state, as we are constantly monitoring to ensure that no violations are committed,” she said. declared.

She also said consumers can be the eyes and ears of KPDNHEP in reporting trade-related violations as well as consumer issues.