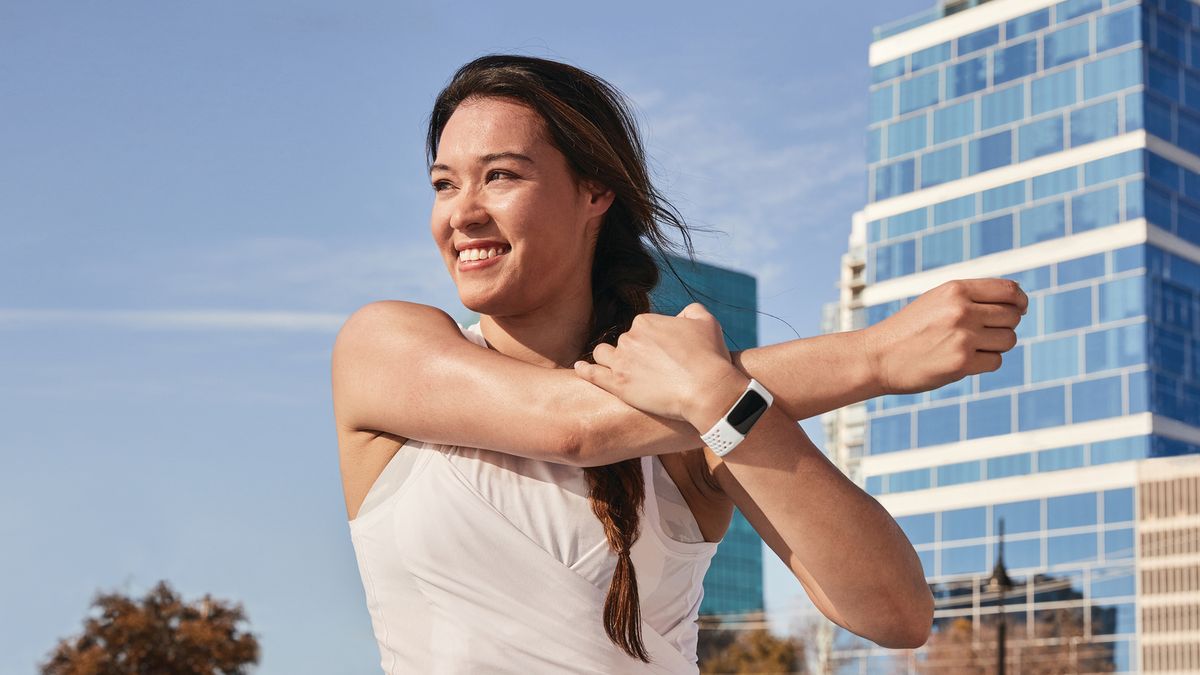 Today, Fitbit announced the launch of the Charge 5, the latest update to its ever popular Charge line. Replacing the Fitbit Charge 4, the Charge 5 has a real focus on stress and overall well-being – including an ECG and stress monitor – after a year of teaching us that health goes way beyond number of steps you take.

Here’s everything you need to know about the new Fitbit Charge 5, and when you can get your hands on the improved tracker.

The Fitbit Charge 5 will retail for $ 179.95, which includes a six-month Fitbit Premium subscription. It will be available in three colors: Steel Blue / Platinum, Black / Graphite and Lunar White / Gold. Those who purchase the Charge 5 will also get a free six-month Fitbit Premium subscription, which will give them access to additional features, such as a Health Metrics dashboard, guided video and audio workouts, and sleep and mindfulness tools.

Fitbit has yet to confirm an exact release date other than “this fall.” They said that in North America, the Charge 5 will start shipping in late September, but users can sign up to pre-order the watch starting August 25.

Fitbit Charge 5: Specifications at a Glance

Similar to the Charge 4, the Charge 5 will still have a built-in GPS for precise tracking when running and cycling outdoors, 20 different exercise modes, automatic exercise recognition and will give you an estimate of your VO2 max. However, compared to its predecessor, the Charge 5 is 10% thinner, with a more aerodynamic design. The Charge 5 is also the first Fitbit with an always-on display option, allowing you to keep the screen on when you’re running or at the gym.

The AMOLED color display is twice as bright as the one used on the Charge 4, making it easier to see on sunny days. It also still has the same touchscreen technology as the Charge 4, letting you scroll through various screens on the go. With the Charge 5, Fitbit also gives you the ability to customize the bands, letting you switch between a breathable sports band and a leather band, if you wish.

Similar to the recovery tools that Garmin and Polar launched last year, Fitbit has launched its own “Daily Readiness” score which will appear on the Charge 5 (and will soon be available on Fitbit Sense, Fitbit Versa 3, Fitbit Versa 2, Fitbit Designs Luxe and Inspire 2). Based on three different metrics – your physical fatigue (activity), heart rate variability (HRV), and recent sleep, users will receive a score each morning that indicates their body’s readiness for exercise. Based on your daily readiness score, your recommended target hot zone minutes will change and Premium members will receive personalized recovery content.

The Charge 5 is Fitbit’s first tracker to include an EDA sensor, which measures the body’s response to stress through changes in the sweat glands of the skin. Fitbit says this is in response to data (perhaps unsurprisingly) which suggests that 40% of adults report experiencing a lot of stress in 2020. Fitbit first launched the EDA with the Fitbit Sense, released in 2020. last fall, so it’s exciting to see that it’s being extended to the more affordable items in their catalog.

Following the launch of the ECG app on the Sense, Fitbit is making the app available on the Charge 5, allowing users to assess their heart health from their wrist. On top of that, the Charge 5 will give users notifications about when your heart rate is above or below its normal range and when that could be an indication of a heart problem to check out.

Fitbit said the Charge 5 will last up to seven days on one charge; it’s the same as the Fitbit Charge 4 and Fitbit Charge 3 and is pretty standard for activity trackers. We would expect the battery life to decrease as you use the Charge 5’s GPS, however.

Fitbit Charge 5: What the critics are saying

At $ 179.99, the Charge 5 hits the market for $ 30 more than the Charge 4 and so far reviews of Fitbit’s latest tracker have been mixed. Jay Peters of The Verge found that the lack of physical buttons on the Charge 5 made the tracker a bit difficult to navigate and the screen a bit small on longer marathon training runs.

That said, other testers loved the touchscreen with Adrienne So of Wired Writing, “It has a beautifully crisp color AMOLED display that’s wider, 10 percent larger and twice as bright as the Charge display. 4 – the perfect size if you want a discreet tracker and not an aspiring smartwatch. ‘

It’s also worth noting that with these early reviews, Fitbit’s Daily Readiness Score is not yet available, and that was a big selling point when the brand announced the Charge 5.

While we haven’t tested the Fitbit Charge 5 yet, it’s exciting to see Fitbit move away from step counting and turn to features that monitor overall health. The new EDA and ECG features were, until now, reserved for the more expensive models in the Fitbit line, so it’s encouraging to see the technology filtered out towards more affordable models, especially when they track important metrics.

How the device performs while running or at the gym remains to be seen, but it’s safe to say that it looks like a positive improvement over an already impressive tracker.

Guide to detoxifying your body this winter

Here are a few different ways to start your fitness resolution on the right foot.