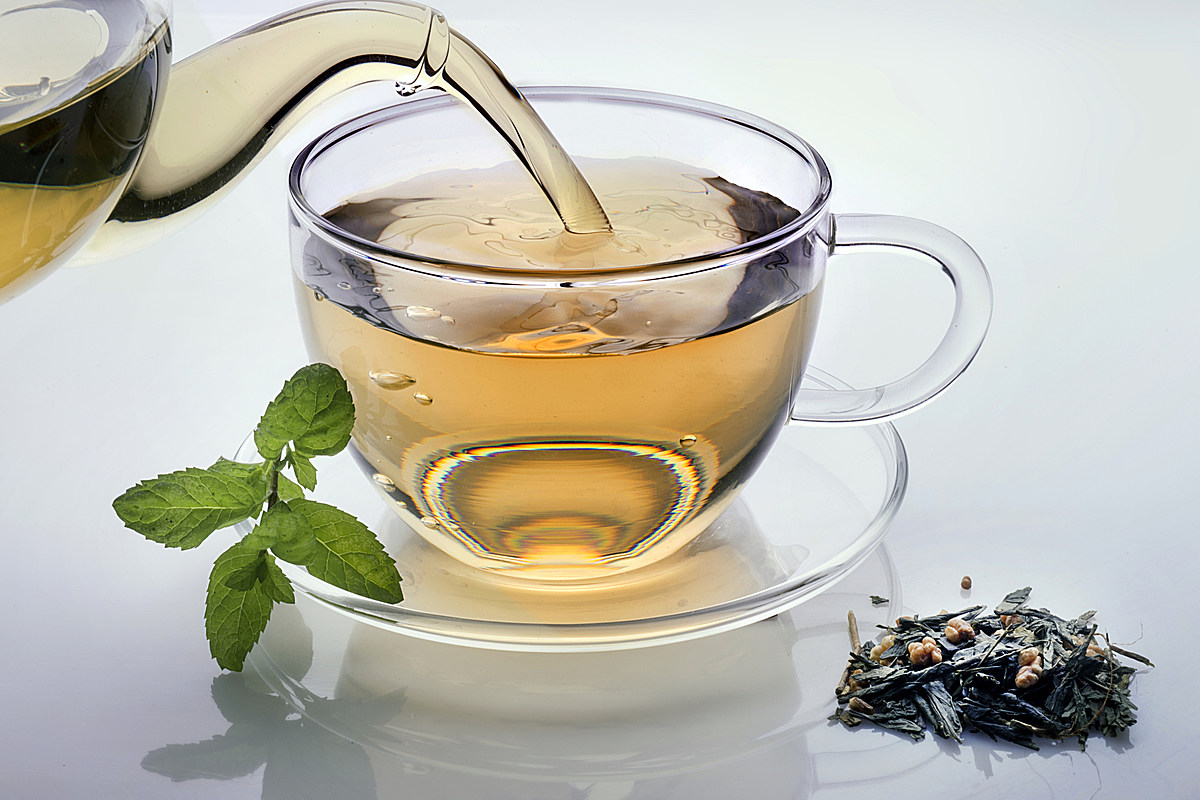 Before World War II, the Inuit of the Arctic Circle never or rarely had cancer. It was largely non-existent as a disease before the economy opened up and brought new foods to this population. Their traditional diet was high in protein and fat but low in carbohydrates. After the 1950s, their diet changed as more and more foods imported from refined grains and sugars made their way north and the Inuit way of life changed. The cancer rate has more than doubled in ten years. The genetic makeup of the population was unchanged, but the diet changed dramatically. This was just one example of how adding sugar, processed foods, and simple carbohydrates can increase cancer.

In his excellent book, The cancer code, Dr Jason Fung paints a complex and comprehensive picture of cancer: how it works, what we know about its growth, prevention and treatment, and what we thought we knew this is now debunked, having been based on false assumptions. Cancer exists in the body all the time, but your immune system helps control it, and this balance is a delicate dance that occurs constantly, so anything we can do to promote our immune system and suppress cancer is worth considering. be considered, he writes. .

“Imagine if we could change our diet by eating natural foods, we could reduce our risk of certain cancers, so that like the indigenous people of the Far North, we were also considered ‘immune’ to cancer,” writes Dr Fung, there are things we can do to reduce our risk.

Dr. Fung is a Canadian nephrologist and a global expert in intermittent fasting and low in carbohydrates diets, especially for treating people with Type 2 diabetes. He wrote three best-selling health books including The obesity code.

Cancer in the United States is actually on the decline, if you look at the cancer statistics in their entirety, due to smoking cessation initiatives and decreasing lung cancer deaths. But other cancers are on the increase, especially those related to diet and obesity, which have a direct link with cancer risk, especially cancers related to type 2 diabetes. CDC says 40 percent of all cancers are now attributable to obesity, including an increased risk of 13 types of cancer, including colorectal, breast and pancreatic, liver and kidney cancers, according to the NIH.

To reduce the risk of cancer, lower levels of insulin, a growth hormone

The role diet plays in cancer is undeniable, according to statistics from Dr Fung, including the fact that people with type 2 diabetes or obese are at increased risk of developing 13 types of cancer, and the key link appears to be insulin. Insulin is a growth hormone, he explains, closely related to IGF-1 (insulin growth factor), and when cells receive the signal that nutrients are available, they thrive.

When cancer begins to grow, multiply, and circulate in the blood, your immune system has the ability to find it, kill it, and eliminate it. This constant interaction between growing cancer cells that travel through the bloodstream in search of a new refuge and the natural killer cells of your immune system, which constantly seek out and destroy “foreign” cells, including these cancer cells, is in play every day. in our bodies. The balance stays under control most of the time, says Dr. Fung, unless the boy is bombarded with chronic or compromised cancer promoters. When your insulin levels are routinely blocked, as with a diet high in carbohydrates and sugar, or when the immune system is compromised or overworked, cancer has a chance to set in.

Cancer is always trying to grow and spread, and your best defense is diet.

Dr. Fung explains that we have fought cancer on its own terms: by fighting the growth of cells with chemotherapy, radiation therapy and surgery designed to stop its progression. Instead, he says, we should play on our own innate strengths and find the weakness of cancer. Two ways to do this are by strengthening the immune system and through our diet.

1. Stay away from sugar and simple carbohydrates, which cancer cells crave

“It is reasonable to hypothesize that diets aimed at reducing the effect of insulin may be beneficial for cancer,” writes Dr Fung, but more studies need to be done. Cancer uses glucose to fuel its growth, so sugar and diets high in simple carbohydrates stoke the flames. Meanwhile, when we eat a diet high in sugar, the insulin spikes. So, the first line of defense against cancer is to reduce our sugar intake and avoid simple carbohydrates which easily convert into glucose and raise our blood sugar levels, causing insulin to increase in the body.

2. Maintain a healthy weight and choose foods rich in nutrients to boost immunity.

About 20 percent of all cancer cases in Europe and North America are attributable to obesity, writes Dr Fung, and intentional and dramatic weight loss can reduce the risk of cancer death by 40 to 50 percent. hundred. In a lab, mice with cancer were given just enough food to survive, and their cancer showed no growth, while cancer in mice allowed to eat as much as they wanted, grew the fastest.

Calorie restriction is difficult, however, Dr Fung suggests eating a whole diet of nutrient-dense foods combined with intermittent fasting, which encourages autophagy in the body, giving it time to self-sufficient. cleanse and eliminate compromised cells cancer may grow.

Choosing foods rich in nutrients is another way to play on the strength of our body, as antioxidants, vitamins and phytochemicals (vegetables, fruits, whole grains, legumes, nuts and seeds) help to strengthen the immune system and to undermine cancer. Unlike healthy cells in your body, cancer cells do not need nutrients to grow. They react to glucose, and when glucose is not present, they grab as much fuel as possible and turn it into growth. But eating a diet rich in vegetables, fruits, herbs, and whole foods helps your immune system arm itself against invaders, including cancer.

3. What to add: Green tea, with powerful catechins that rob cancer of growth

Green tea is particularly rich in a polyphenol called epigallocatechin gallate (or EGCG), which has been shown to slow cancer growth in several recent studies. studies have revealed. EGCG is considered a ‘chemopreventive polyphenol’, which fights cancer in several ways. One is that it activates natural cell death, or â€œapoptosis,â€ which is the orderly, healthy demise of cells that takes place in the body when cells are ready to be replaced with new, healthy cells. When apoptosis occurs in a controlled and orderly manner, the cancer cannot take advantage of vulnerable cells. This is no small feat since the body replaces around 330 billion cells per day, or around 1% of your cells are washed away and replaced by conception each day. When this happens in a healthy and orderly way, it prevents cancer from settling in cells ready to be recycled.

EGCG also signals a nutrient pathway called AMPK that energy is low, so it does not promote cell growth. AMPK acts as the body’s fuel gauge. When AMPK detects that nutrients are low, it signals cells that they should not try to grow because there is not enough energy present. AMPK also activates autophagy, the process your body uses to self-cleanse itself, so it can do the important job of transporting wastes for safe disposal.

The nutrient sensors in the body, insulin (which responds to carbohydrates), mTOR (which is sensitive to protein) and AMPK (which measures the overall fuel supply to cells) all signal cells to grow. . But EGCG seems to tell cells: don’t grow taller and, in fact, burn fat instead.

Studies have shown that taking green tea extract (as opposed to just drinking it) helps with weight loss, promotes fat burning, and helps burn belly fat. EGCG also lowers the risk of cancer, a rare natural food that can have such a powerful effect. If there is one thing you add to your healthy, complete diet to reduce the risk of cancer, it should be a daily cup (or more) of green tea or taking green tea extract, writes Dr. Fung.

Green tea, which contains more EGCG than black tea, may help reduce some of the risk factors for cancer, such as promoting weight loss, reducing insulin resistance, fighting inflammation, and helping to prevent type 2 diabetes, according to Dr. Fung. A study of women in Japan found that high consumption of green tea delayed the onset of breast cancer by more than 7 years and reduced the recurrence of breast cancer in those who had had it once. Green tea is “one of the few chemoprevention tools that is a low-cost natural food without negative side effects.”[tionofgreenteadelayedbreastcanceronsetbyover7yearsandreducedbreastcancerrecurrenceinthosewhohaditonceGreenteais’oneofthefewchemopreventivetoolsthatisalow-costnaturalfoodwithnonegativesideeffects'[tionofgreenteadelayedbreastcanceronsetbyover7yearsandreducedbreastcancerrecurrenceinthosewhohaditonceGreenteaisâ€˜oneofthefewchemopreventivetoolsthatisalow-costnaturalfoodwithnonegativesideeffectsâ€™

Conclusion: According to Dr. Fung, if you are overweight, lose weight. Do whatever you can to prevent or reverse type 2 diabetes. If you have type 2 diabetes, consider taking metformin, which can help reduce your risks from insulin. And drink more green tea.