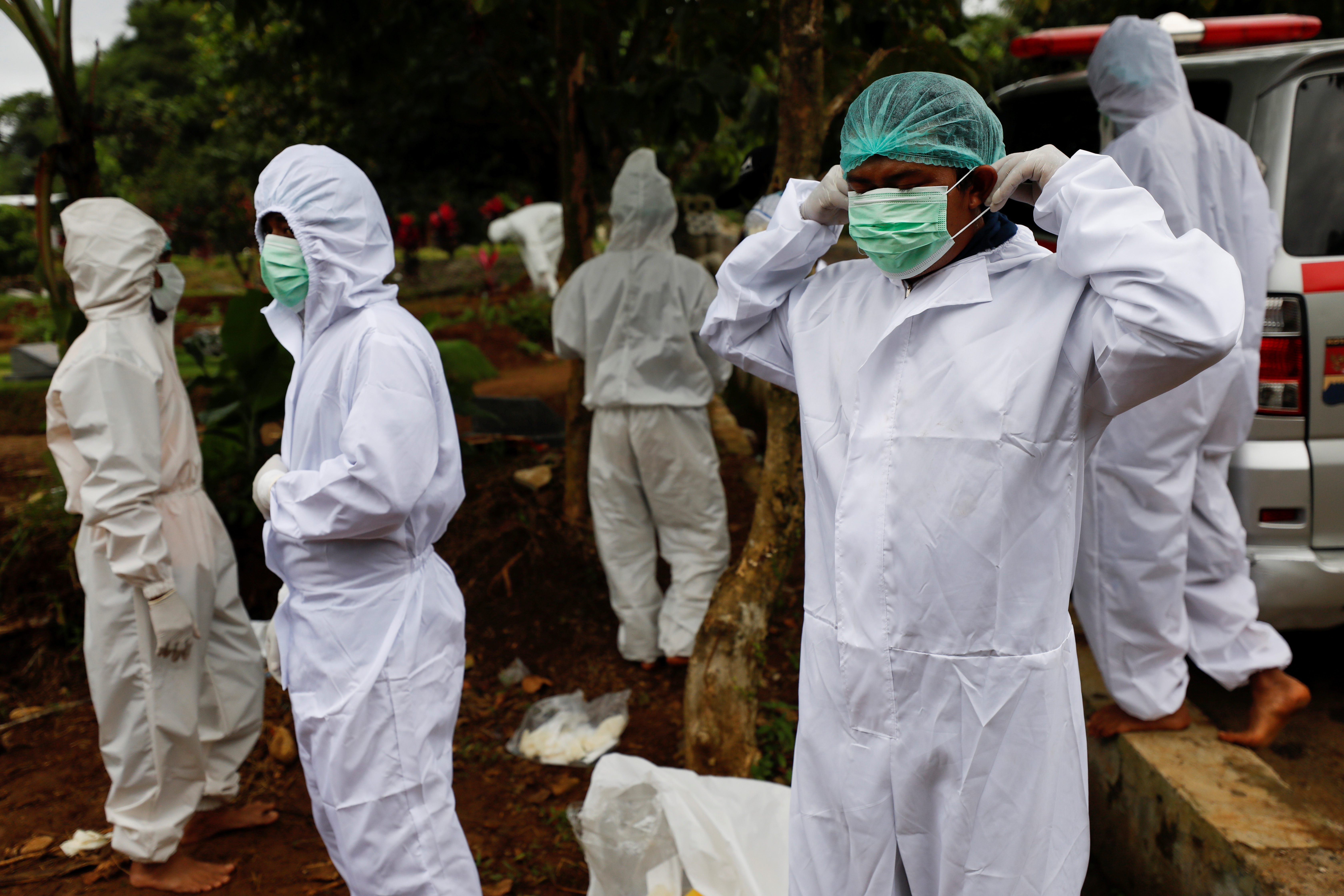 Indonesia is an important indicator of the state of democracy in the COVID-19 era. In the face of the pandemic, it has faced many of the same challenges as other large and diverse democracies like India, Brazil and the United States – and the relatively disappointing performance of each raises serious questions about responsiveness. democratic in the context of major threats to human health and social stability.

Indonesia is the fourth most populous country in the world and a Muslim majority democracy with hundreds of ethnic groups and a substantial number of religious minorities. Besides its size and diversity, Indonesia has a lot in common with other populous democracies like Brazil, India and the United States. Specifically, Indonesian President Joko Widodo (Jokowi) – like Jair Bolsonaro in Brazil, Narendra Modi in India, and Donald Trump in the United States – embodies a form of populist politics.

There are, of course, important differences in the populist politics of these countries. Jokowi’s populism has been described as technocratic in orientation, in stark contrast to the aggressive, exclusive and highly charismatic populisms of others. Jokowi shows none of his bravado; his style and demeanor are more modest in orientation, in keeping with his popular image as a local politician of relatively humble origin who rose to power through his ability to get things done. Its populist style evokes that status of an outsider, bringing competence and focus on the practical issues that affect millions of ordinary Indonesians. His record in office has been mixed success in this regard.

Yet, faced with the COVID-19 pandemic, the Jokowi administration has failed to demonstrate the effective leadership and results-driven decision-making needed to contain the crisis. His administration’s performance raises concerns about the ability of democratic governments in large, diverse societies with populist leaders to respond to the crisis. Ten months after the start of the COVID-19 crisis, we can now take stock of how Indonesians react to their government’s poor performance.

According to Johns Hopkins University COVID-19 Dashboard, the pandemic has hit Indonesia more than any other country in Southeast Asia. The incidence rate in Indonesia is 223 per 100,000 population, one of the highest in the region. And the case fatality rate in Indonesia exceeds 3%, the worst in the region. According to well respected survey company Indikator, Indonesians’ opinion of the state of the economy fell sharply between February and September 2020, with 65% of Indonesians in May saying their personal financial situation had deteriorated from the previous year, compared with only 21% reporting year on year. year of deterioration of their personal financial situation in February.

Yet perhaps surprisingly, and despite the very clear effects COVID-19 has had on daily life, Indonesians remain largely satisfied with the performance of the ruling Jokowi administration. Majorities said they were satisfied with the government’s response to COVID-19, as well as maintaining a high level of trust in the military, president, police and parliament (see Figure 1). These have declined slightly from their pre-COVID-19 levels but remain quite high.

Yet, viewed on a longer timescale, the public opinion data is of some concern. Compare, for example, the trends in satisfaction with Jokowi’s performance as president with the level of satisfaction with Indonesian democracy (see Figure 2).

Satisfaction with Jokowi still remains high with only a modest slowdown associated with COVID-19, but the acute shock of COVID-19 has caused Indonesians’ satisfaction with democracy to drop sharply. This is worrying for the long-term state of democracy in Indonesia: it suggests that the very stability of Indonesian democracy depends on the performance of the current government. In a consolidated democracy, poor performance should lead to opposition to the government rather than to the type of political system itself. But in contemporary Indonesia we see the exact opposite, raising doubts about the depth of Indonesians’ attachment to their democratic values. That an acute public health shock could lead to such a divergence between assessments of key political actors and of democracy itself, moreover, suggests that there is space for illiberal political actors – within the Jokowi administration and outside – to challenge the civil rights and political freedoms that are the foundation of Indonesian democracy in the longer term.

Jokowi is no Bolsonaro and has not shown himself willing to take the brash, confrontational and “order above the law” approach of a politician like Filipino Rodrigo Duterte. Yet in recent years, keen analysts of Indonesian politics under Jokowi have detected a range of illiberal currents within his administration, ranging from using the state’s coercive and legal apparatus to restrain criticism from Jokowi’s opponents. to a narrow focus on infrastructure development to the detriment of more democracy consolidation. The Jokowi administration’s efforts to curb criticism are presented as measures to defend Indonesian pluralism against dangerous rumors, fake news and rhetoric from die-hard Islamists. Yet by restricting the space for debate in the public sphere, the efforts themselves threaten the freedom of speech and conscience that underpins democracy. Indonesian expert Greg Fealy called these Jokowi-era practices “repressive pluralism”.

COVID-19 has reinforced these illiberal currents, strengthening Jokowi’s incentives to quell criticism in the name of protecting democratic pluralism in Indonesia and focusing his attention more on ensuring political stability as the foundation for economic recovery and, long ultimately, the transformation of infrastructure. Jokowi has relied on the military as a partner in the country’s strategy to fight the pandemic, which brings to mind memories of the country’s long experience of an authoritarian regime under longtime dictator Suharto, who arrived in power within the ranks of the army and under which the security forces had an explicit “socio-political function”.

This is all the more troubling given Jokowi’s close relationship with the Indonesian military during his presidency. He allowed state intelligence services to play an active role in areas well outside their traditional scope of authority in the post-Suharto democratic era, and he tasked the Indonesian military with a series non-safety related responsibilities. In light of Indonesia’s history of close military involvement in politics, it is worrying to give the military greater responsibilities in areas unrelated to security.

Jokowi is on a limited term and once he steps down in 2024 his successor may be even more inclined to use the security forces against Democratic opponents. Prabowo Subianto, a former general with a tainted human rights record who faced Jokowi in the last two presidential elections, is of particular concern among Indonesian liberals. Prabowo is generally seen as an authoritarian populist in the Bolsonaro or Duterte style, and he is now Jokowi’s defense minister, a platform that ensures he will remain in the political spotlight until 2024.

Yet it is in the tension between Islamists and Indonesian pluralists that the greatest long-term danger to the country’s democracy lies. Jokowi has taken a strong stand against outright Islamism in defense of Indonesian pluralism, but in doing so he threatens Indonesian civil liberties and risks provoking an Islamist reaction against the pluralists of the country. When COVID-19 struck, moderate Islamist voices were among those responding to Jokowi’s inaction. Most famous, this included the governor of Jakarta and probably the presidential candidate Anies Baswedan, who called for a lockdown in Jakarta even as Jokowi was reluctant to implement one. This type of politicization of public health responses may offer the country’s Islamists another source of ammunition against the Jokowi administration.

The long-term implications of COVID-19 for Indonesian democracy are worrying. Although trust in political institutions remains high and Jokowi remains popular, the administration’s lackluster response, amid what was already signs of democratic decline, could further undermine the quality of Indonesia’s democracy.